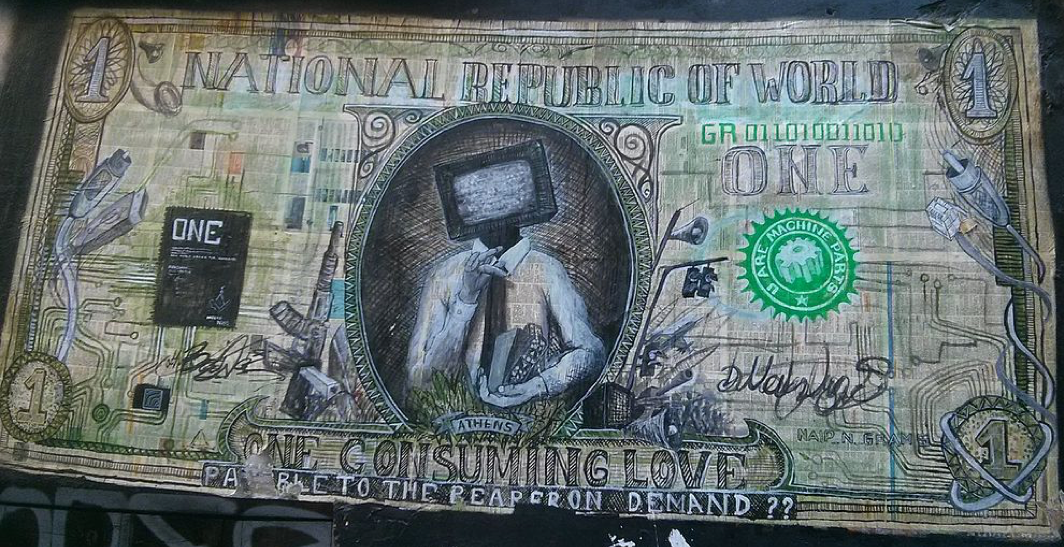 Is it happening again?  News in the last weeks of Deutsche Bank’s “troubles” are an unsettling reminder of the trauma of the recent Great Recession and the financial mismanagement and hubris that set it in motion.  Should states intercede on behalf of financial heavy-weights if the market fails miserably, putting the public and the broader economy at risk?  How would that go down with those affected by austerity in the wake of the Great Recession?  This is not just academic speculation.  Considering that austerity is probably one of the factors preparing the ground for the surge in right-wing populism or the Brexit vote, this raises the question how democracy can be reconciled with a market-oriented financial order that tends towards crises like the current one.  To make matters worse, German and American politicians face the shock-waves of the Deutsche Bank disruption just weeks before the U.S. presidential election will be decided and at the start of the country’s quadrennial parliamentary election campaign.

With all of this in mind the German Law Journal is proud to publish the special issue “Democracy and Financial Order—Legal Perspectives”.  Special issue editors Matthias Goldmann and Silvia Steininger have assembled a brilliant collection of essays and articles examining the relationship between democracy and the financial order from various legal and theoretical perspectives.  The contributors take-up an impressive spectrum of theoretical claims and doctrinal analyses, always grounding their work in practical case studies.  The papers are the product of a workshop of the same title that was held in Frankfurt in September 2015.  Support for that insightful and engaging event came from the Max Planck Institute for Comparative Public Law and International Law, the DFG-funded Cluster of Excellence “The Formation of Normative Orders” at Goethe University Frankfurt, and the Bundesbank.  These substantive conversations accompanied the annual meeting of the German Law Journal’s editorial board.

But this is not new terrain for the German Law Journal, which has published commentary and scholarship concerned with the relationship between democracy, the economy, and the law – making a contribution to the debates that have shaped the story of Europe in the last decade.  In 2012 Somma wrote passionately about the human rights implications of the debt crisis and the policy responses it had inspired.  The 2013 special issue on regenerating Europe took issue with the transformations of Europe’s constitution. As Floris de Witte observed in his contribution to that special issue, “the pressures of globalization, asymmetrical European integration, and the sovereign debt crisis, have increasingly turned the relationship between democracy and capitalism on its head.” These transformations arguably culminated in the OMT dispute before the Federal Constitutional Court and the Court of Justice of the European Union (CJEU). Yet the conflict of principle between democracy and capitalism by far predates the current crises, and some of its contemporary repercussions have been covered by the journal, for example in a study of Germany’s particular variety of Rhenish capitalism. In the process of globalization and Europeanization, the CJEU helped the merger of this variety into a uniform model, despite the deep cultural undercurrents pervading any of capitalism’s many varieties.